What's Next For College Football? – FOXSports.com

Over the course of nearly four decades in the game, Urban Meyer has seen pretty much everything college football can conjure — all the wild, weird and improbable happenings. But he had never seen a day like Tuesday.

Football has been played competitively by college athletes for more than 150 years, yet there was no precedent for two major conferences opting to say “no” to a fall season, while three more tried to figure out how to proceed through the uncertainty.

“This is an unwritten chapter,” Meyer told me, on a Zoom call. He’s not wrong.

After months of thinking and talking about little else except the effects of the coronavirus, no one wants to discuss it anymore, but dealing with the ramifications of an outbreak that has rendered parts of modern life unrecognizable is a necessity for all of us.

Losing a sport, or at least having it pushed back to the spring like the Big Ten and Pac-12 plan to do, is minor in the context of millions of positive cases and more than 164,000 American lives lost.

And yet, it is the latest painful reminder that COVID-19 is with us still, as virulent as ever, and that simply getting back to normal – which is what everyone craves – isn’t just as simple as that.

Meyer is many things, a FOX Sports analyst, one of the greatest coaches the game has ever seen, a father, and most of all, a fan of college football and everything it does to light up the sporting landscape in the United States.

When the Big Ten and Pac-12 released their respective news within a tight window of each other that football will not be played until spring at the earliest, his first thought was for the young men who dedicated their lives to athletic success and have, for now at least, been denied an outlet for it. 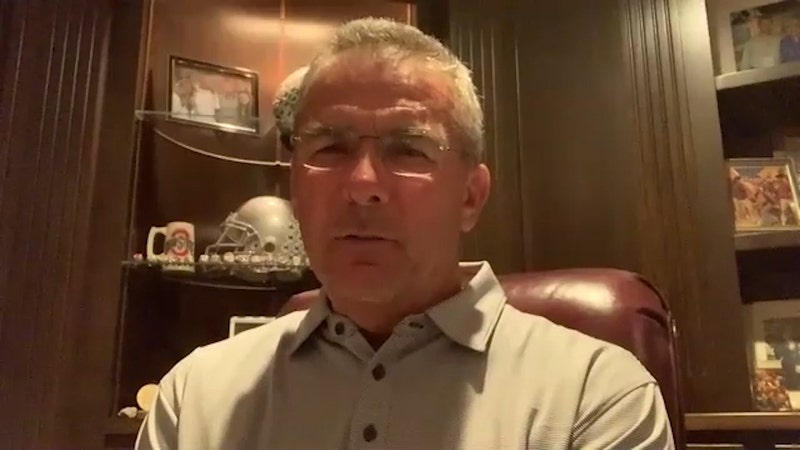 “I’m not sure the average fan really understands the commitment a student athlete makes to play the game,” Meyer said. “I’ve been involved in sports my entire life. My children have played sports.

“This isn’t just about the game of football. This is about chasing dreams. I get sensitive and almost defensive when I hear some comments people are making about ‘just a game’ … they have no concept. If you saw the 4-6 hours per day they put into training for those 12 opportunities (to play games). That’s not fair to say it’s just a game.” 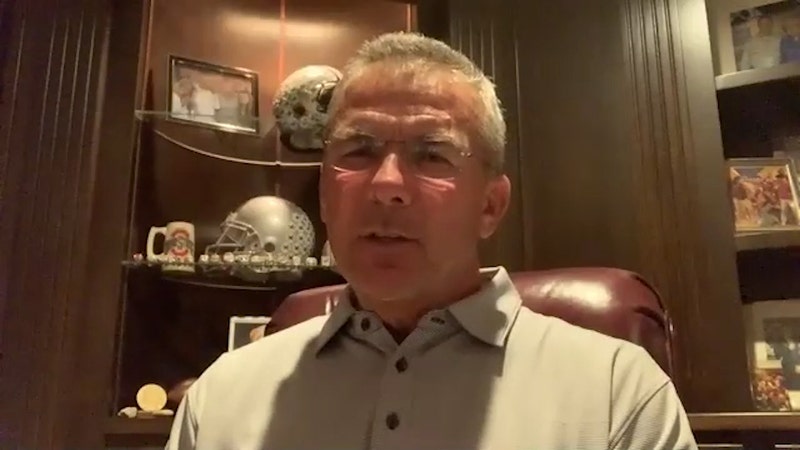 College football is now in the most fraught and peculiar kind of limbo. There is no unanimity and the possibility of a truly fractured campaign is upon us. The decisions that were announced on Tuesday do not automatically mean a domino effect will ensue. As things stand right now, the Big 12 has voiced its intention to push on and try to have a fall season, with the ACC and SEC also looking at a similar goal.

“After a wild, woolly, depressing twist-and-turn day in college football … what an absolutely (crazy) sport this is,” reflected Yahoo Sports national columnist Dan Wetzel on the Wetzel Forde Thamel podcast.

So what’s next? No one knows that. The possibilities are endless. A flurry of transfer requests from Big Ten and Pac-12 schools is certainly a possibility. Elite prospects electing to sit out altogether and instead focus on getting themselves ready for the NFL Draft would not be a significant surprise.

And, more immediately, what do the players do right now?

“They’ll get some time off and a lot of the players will just go home,” Meyer added. “That’s scary; the world they lived in the last few weeks were very buttoned down as far as the best medical care, the best testing protocols, a brotherhood where you really count on each other to do the right things. Now they’re just going back into society.

“I received a bunch of calls from former players about ‘what do I think they should do?’ I told a couple of guys, ‘you got everything right and this has been taken from you – so press pause, gather information, get your mind right. Don’t overreact, don’t make impulsive decisions. Don’t throw yourself on social media. Stay calm.’” 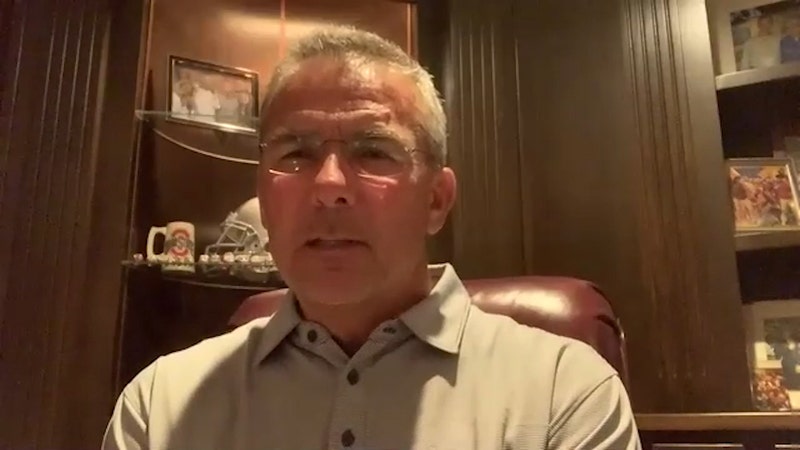 College football is ingrained enough in American life that it can not only come back, but do so strongly and positively. Yet this will always go down as the most unusual time, and in many ways, the most painful one.

There is a reason why these decisions hurt, because the communal feel of the game makes it feel permanent, and now it isn’t. It was the toughest of all choices to make, but it was made for the right reasons.

“I can honestly tell you that there is now a hole in my life between now and the end of the year,” Barry Pycroft, a Penn State fan from Lititz, Pa., told me. “My whole week was built around Penn State games. My circle of friends, it is what we talk about. I structure my work schedule around it.

“I can’t fault them for the decision. It was done to protect people, I understand that. But it stings, even though we expected it.”

Football is far from being the only sport affected, as college programs have been forced to cut costs. Meyer, whose daughters both played NCAA volleyball, has been dismayed to see the effect across the board.

All college football fans can do is wait to see what happens now, to look forward to the spring, and wish that whatever does take place in the fall does so smoothly and without mishap.

As each individual faces their personal struggles through these uncertain times, there are bigger tragedies than the cancellation or postponement of sports activities. But when something that is held so dear by so many goes away, it is not trivial, nor irrelevant.

Get more from College Football Add to your favorites to get information about games, news and more.